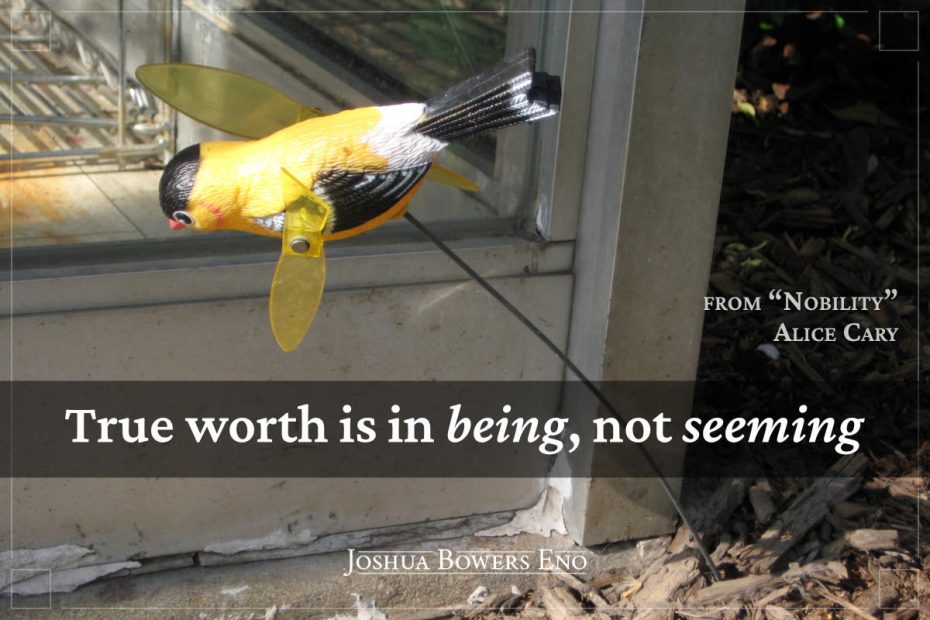 We were packed into the bleachers in the gymnasium again—I can’t remember why—arranged like beads on a giant abacus, waiting while the hard plastic dug into our behinds. Something important had called us out of class, though evidently not important enough to stick in my memory.

What does stick in my memory, though, was Roger.

My high school (well, the one I graduated from—I went to three as my family moved around) had been graced for many, many, many, many, many years by a loveable janitor known as Roger. He was retiring, and the school administration was presenting him with a plaque and some official recognition for all his service.

His response was to lead us in a cheer. Of course. Why not?

It turned out that I’d come late to the party: Roger had been a fixture not only in his custodial work but also in his support of the school’s athletics, and in bygone years he had apparently led the fans in his famous “TEAM” cheer.

There he was, entering retirement by organizing us into two halves: one to cheer “T-E” and the other to cheer “A-M.” We were a bunch of irreverent high schoolers, but Roger’s unassuming demeanor nonetheless managed to command the room, and soon TE and AM were bouncing against each other faster and faster before merging into one giant TEAM.

The joy on his face was clear. He took his plaque and left, and soon after, so did we. But Roger’s cheer lingered with me.

I saw him many times in the succeeding years. It turned out he was heavily involved (in janitorial work!) at the church my family went to at the time, and I would also see him strolling on the sidewalk around town, or run into him here and there. He always smiled, was always kind and unpresumptuous. In truth, he never said much, and never quickly—nothing deep or ponderous, nothing really remarkable at all.

But I liked him. I always smiled when I saw him, the same way I smile on a cloudy day when I see a sunbeam in the distance.

I remember when I helped unload a delivery to the local food pantry, working with a group of men to haul a load of frozen meat out of Roger’s little white pickup, the tiniest model of pickup you can buy, loaded down probably beyond its capacity. The other men actually made fun of him a little—the men who had real trucks. But the little truck, like Roger, just did what it could. And I admired him for it.

As Roger aged, he couldn’t walk as well. He moved out of his big house and into a little apartment. I saw him moving slowly about on his excursions from time to time, still nothing terribly remarkable about him.

But that didn’t matter. Because every time I saw him, he impacted me. He showed me that simple, dependable kindness, genuine good-heartedness, was its own achievement.

So when someone like that comes across your life, or you wish more people like that did, consider Alice Cary’s poem “Nobility.”

From The Last Poems of Alice and Phoebe Cary, 1873

Some edits have been made, inspired by common internet versions.

True worth is in being, not seeming,—
In doing, each day that goes by,
Some little good—not in dreaming
Of great things to do by and by.
For whatever men say in blindness,
And spite of the fancies of youth,
There’s nothing so kingly as kindness,
And nothing so royal as truth.

We get back our mete as we measure—
We cannot do wrong and feel right,
Nor can we give pain and gain pleasure,
For justice avenges each slight.
The air for the wing of the sparrow,
The bush for the robin and wren,
But always the path that is narrow
And straight, for the children of men.

’Tis not in the pages of story
The heart of its ills to beguile,
Though he who makes courtship to glory
Gives all that he hath for her smile.
For when from her heights he has won her,
Alas! it is only to prove
That nothing’s so sacred as honor,
And nothing so loyal as love!

We cannot make bargains for blisses,
Nor catch them like fishes in nets;
And sometimes the thing our life misses
Helps more than the thing which it gets.
For good lieth not in pursuing,
Nor gaining of great nor of small,
But just in the doing, and doing
As we would be done by, is all.

Through envy, through malice, through hating,
Against the world, early and late.
No jot of our courage abating—
Our part is to work and to wait.
And slight is the sting of his trouble
Whose winnings are less than his worth;
For he who is honest is noble,
Whatever his fortunes or birth.

Alice Cary’s poem “Nobility” doesn’t have many words we don’t use much today. But there are a few places in the poem where having a sense of the meaning will help. Once you understand it, you’ll be able to communicate that meaning when you perform it.

Try these tips to make your performance of “Nobility” by Alice Cary come alive.

Use this recording to help you memorize the poem. “Nobility” is a little longer, so take your time with it and go through on repeat as many times as it takes. Don’t forget to come back and refresh your memory in a few days.

You won’t always have a good opportunity to perform the whole poem. If all you can get into the conversation is a line or two, here are some good ones:

The next time you find yourself talking about someone else you both admire for being just really good to be around, even if that person hasn’t done anything particularly amazing, take the opportunity to perform “Nobility” by Alice Cary. We all need reminded that simple virtue trumps grand achievement in the end.